SPRINGFIELD — On the steps of City Hall, Dan and Jane Roulier, the owners of a local housing construction company, donated $25,000 to the Food Bank of Western Massachusetts, and encouraged others to give what they could to help address the growing problem of food uncertainty brought on by the pandemic and economic downturn.

The Rouliers, owners of Dan Roulier & Associates, Inc. of Somers, made their announcement Thursday in a brief press event organized by Springfield Mayor Domenic Sarno. Also present to accept the gift was Andrew Morehouse, Executive Director for the Food Bank of Western Massachusetts.

Dan Roulier, a Springfield native and Cathedral High School graduate, said that in his 35 years in business, he has always made it a policy to give back to the community.

“There’s no better time than now. There’s no greater reward than helping people who are in need,” he said. “And you have never seen a need like we’re seeing now or what we’re going to see.”

Morehouse said the donation will translate into around 100,000 meals for people in need in Hampden, Hampshire, Franklin and Berkshire counties. The Food Bank uses the benchmark that every dollar donated pays for four meals.

The Food Bank supplies food to more than 200 food pantries and meals sites across the region.

Morehouse said that over the past year,

Among the ways that COVID-19 has impacted the region has been an increase in demand for meals provided by the Food Bank, he said,

The Food Bank has been providing assistance to an additional 20,000 people per month “who have never been to a pantry or a meal site before,” he said. “These are working folks who have never had to rely on public assistance or any kind of charity. And now for the first time in their lives they’re going to a pantry or meals site for a bag of groceries or a hot meal.”

Roulier said the impact of the pandemic on the economy has been devastating to the region, and it is likely going to get worse in the upcoming months as more people will be out of work, unable to pay for rent, and will be unable to feed their families.

“We are about to enter the most desperate times that we’ve had in the last 100 years,” he said.

“I just want to ask for the participation of the people in the community to help out your brothers and sisters.”

Sarno said Dan Roulier reached out to him recently with an offer of wanting to help.

The mayor said Roulier has been very generous in the past, and he suggested he make a donation to the Food Bank.

“He’s very humble and he’s very genuine,” Sarno said of Roulier. “He wanted to make a donation, and I said no amount is too small or too large.”

Sarno noted that in addition to the $25,000, Roulier is encouraging other businesses and individuals to also contribute to the Food Bank.

“We’re in the giving season right now. No donation is too small or too large,” Sarno said. 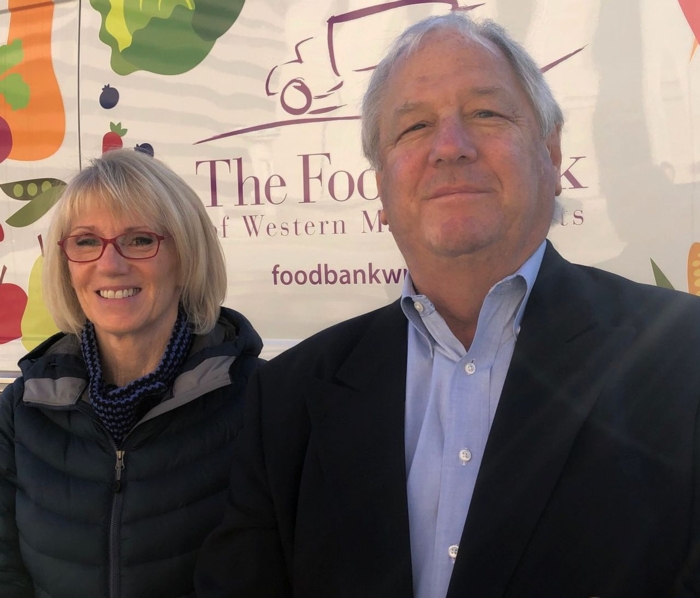 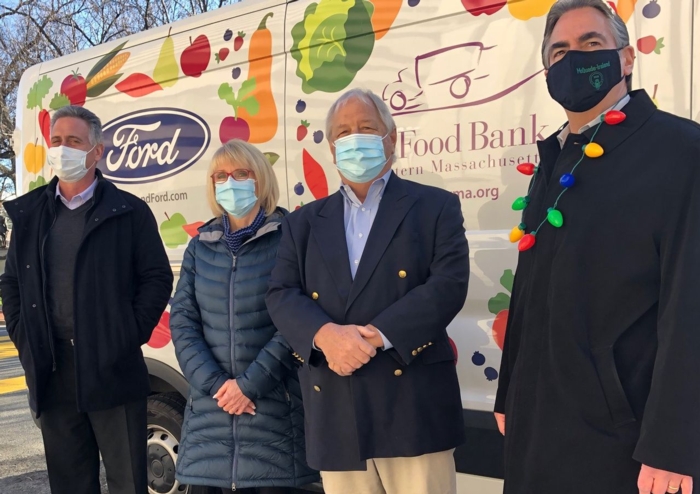